What's next for FinTech and Big Finance?

Five years ago, when you talked about FinTech, most traditional financial institutions - banks, asset managers, etc. - assumed that you were talking about new trends in the consumer space. Robo-advice, digital wallets, and payment apps were making waves then, and continue to do so now as the world moves increasingly online. However, it was less common to hear companies acknowledge the potential for FinTech to disrupt (or transform, to put it more positively) how they themselves did business as institutions.

Nowadays, with previously unthinkable phenomena such as crypto-exchanges not only emerging but becoming mainstream topics of discussion, the situation has changed completely.

The trend is particularly visible in emerging European fintech hubs such as Luxembourg, which is home not only to hundreds of long-established financial institutions, but also to 250 fintech startups, with more springing up as 2021 unfolds. The conversation at the institutional level has changed. But what comes next?

Moving from conversation to action is the important part. And the companies most likely to succeed in this brave new world, in our view, are the ones that move too early. 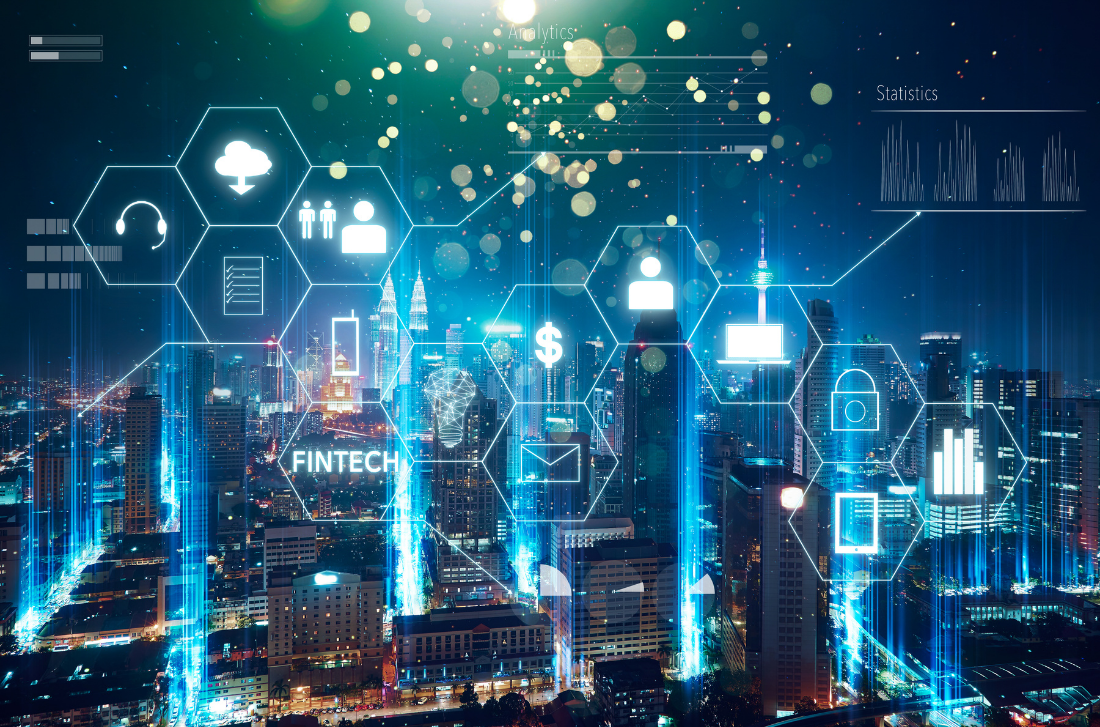 Why is ‘too early’ the right time to adopt fintech solutions?

The truth is that you are always going to be either too early or too late when it comes to innovation. But if you have to choose, the pain of early adoption is a price well worth paying, compared to the ruinous expense of a protracted game of catch-up.

Catch-up in this scenario means undertaking complex transformations at high speed, which is not only more difficult, but also far riskier than doing so as part of a carefully deployed plan.

So is now the time?

Here is where it can get confusing, as it is possible to move ‘too’ too early! The pace of innovation is moving at different speeds, depending on what part of the Fintech ecosystem you’re in, and what part of the financial industry you serve.

The blockage in the financial services industry is largely due to hesitance on the part of key decision-makers at the larger companies. While all executives are in favour of the results of fintech adoption - greater speed, lower cost, and lower rates of error - the skepticism lies in the area of adoption itself. That is, will employees that have been trained in a semi-automated world be able to adapt to a radically new way of doing things? And if they are not ready, shouldn’t we wait a few more years for a new generation of employees to gradually take their place?

This is a reasonable risk to highlight. Fintech transformation will deliver the promised benefits if and only if adoption is high and friction is low. Financial institutions, in particular, cannot afford to take risks with core processes. Reliability is not a “nice-to-have” but a necessity.

Our perspective? Things are beginning to move

As a provider that helps businesses with process automation, we noticed a marked attitudinal shift in 2019, when the companies we were speaking with began to open up to the possibility of collaborating with transformation partners many times smaller in size.

The COVID crisis, while disruptive in many negative ways, has had a profound impact in terms of catalysing a shift in attitudes towards “what is possible” when it comes to changing the behaviours of an entire workforce. Step-changes in ways of working - most especially in the area of remote collaboration - turned out to be possible in a matter of months. Previously, many would have estimated several years to ramp up, supported by intensive change management initiatives.

This ‘pilot’ at a societal level has further opened up the boundaries of what traditional financial institutions are prepared to contemplate when it comes to adapting to the future. And as the last year and a half has shown - the road from the past to the future is potentially much shorter than previously thought!

The upshot is that many large financial institutions are taking the adoption of fintech or fintech-style solutions seriously. The debate is no longer around the technology itself, but about how it can be done and with whom.

For fintech providers, this is a high-quality problem compared to the status quo ante. Typically the biggest challenge is getting a customer base to accept the benefits of the product. For now, proposing a compelling implementation roadmap is the next frontier in widespread Fintech adoption.

The importance of collaboration

The next barrier to widespread adoption is a more general acceptance of the importance of ensemble solutions, and collaboration between vendors.

A Fintech solution is typically capable of doing one thing really well. This specialization is generally what provides an edge over legacy solutions, which are typically “okay at everything”. The use of open architecture means that it is possible to think of the Fintech world as a series of single, best-in-class solutions (e.g. Digital Signature + eID Tool + etc.) that can be combined in modular fashion to meet a company’s specific needs.

Fintechs should see this chance to collaborate as an opportunity to expand the pie, rather than having to fight over individual portions. And since client firms often operate in multiple geographies, being part of a successful ensemble solution has the potential to unlock access to all the markets in which the client does business. The common regulatory directives that most EU countries adhere to makes this opportunity particularly attractive in Europe.

Process automation is core to this change - particularly for asset managers

Asset management is a marginal fee business, and is therefore particularly sensitive to process improvement and lower running costs. A single system failure can wipe out years of profits, whereas even modest improvements can increase margins significantly above the industry average.

In addition to the need for reliability, there is also the power of efficiency to improve both profitability and market share. Above-average operational excellence is itself a competitive advantage. In an industry where the service itself is largely commoditized (one fund administrator does much the same thing as another), a firm that can operate faster and more securely will provide a market-leading experience for the end-users.

In today’s world, technology is critical to business continuity. Whereas before adopting new practices may have been seen as increasing risk beyond acceptable levels, now it is becoming clear that failing to do so may be the greater of the two risks.

If our observations are correct, the planets are aligning for a fundamental improvement in the way financial institutions - and institutions as a whole - do business. 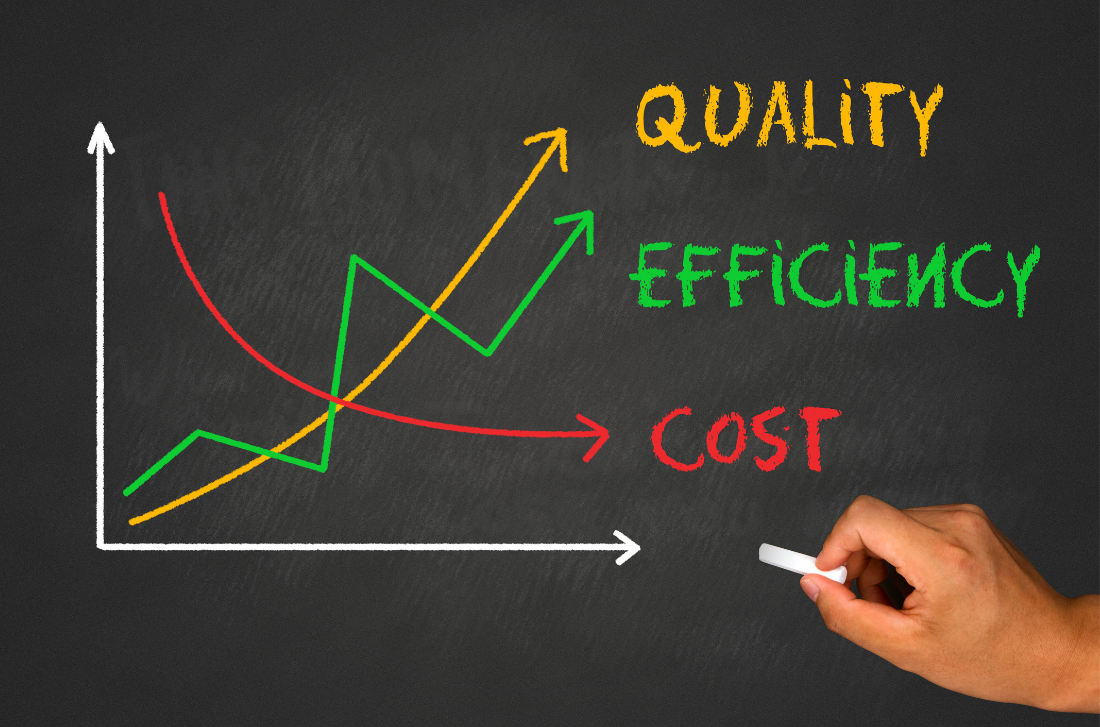 Podcast: The Rise of RegTech in Luxembourg

Financial Software Provider of the Year 2020

Podcast: The Rise of RegTech in Luxembourg

Financial Software Provider of the Year 2020